I have team members in different time zones; how does that work in DayBack?

DayBack will translate events into the users' local timezone. So if I have my computer set to the eastern time zone and create an event for 4pm, it will show up as a 1pm event for someone whose computer is set to pacific time.

Add a timezone selector to DayBack 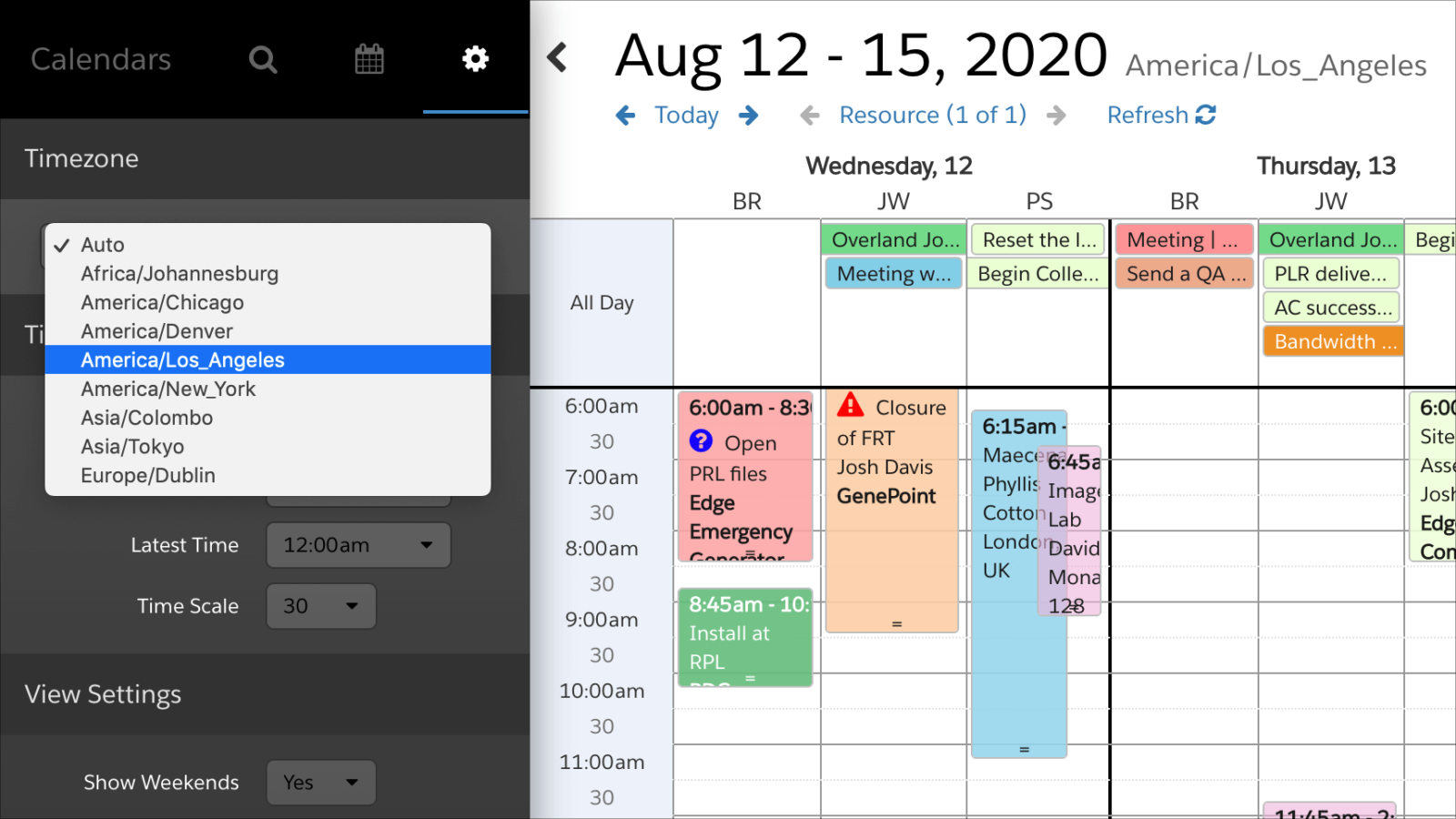 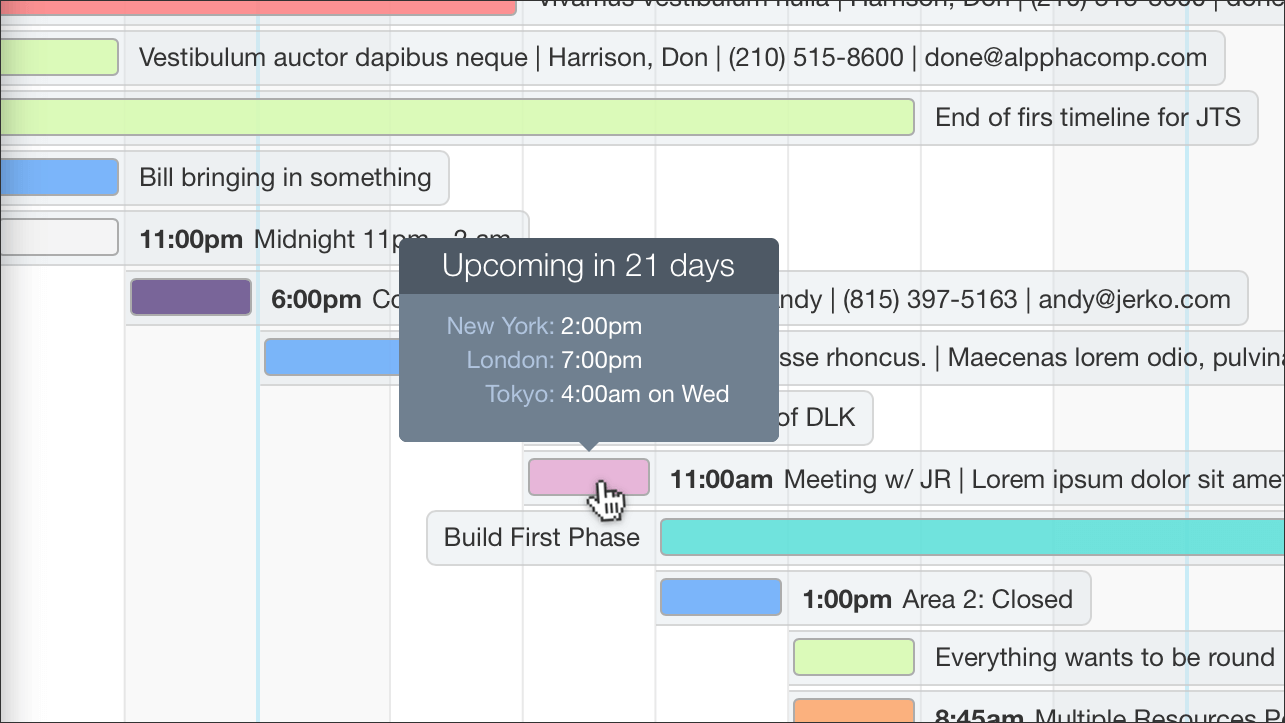 There are two time zone settings in Salesforce, one for your org, and one for each user. The org-level setting is just used as a default for the creation of new users: when time zones are actually used it is always the user's time zone that is in effect.

How DayBack treats timezones in Salesforce

Events can appear at different times in DayBack and Salesforce in only two cases:

Since FileMaker doesn't have any time zone support, FileMaker records are shown at the literal time entered in an event. So if a FileMaker record has "8:00:00" entered into its start-time field, that record will show up at 8am regardless of what time zone you're in when you look at that event in DayBack.