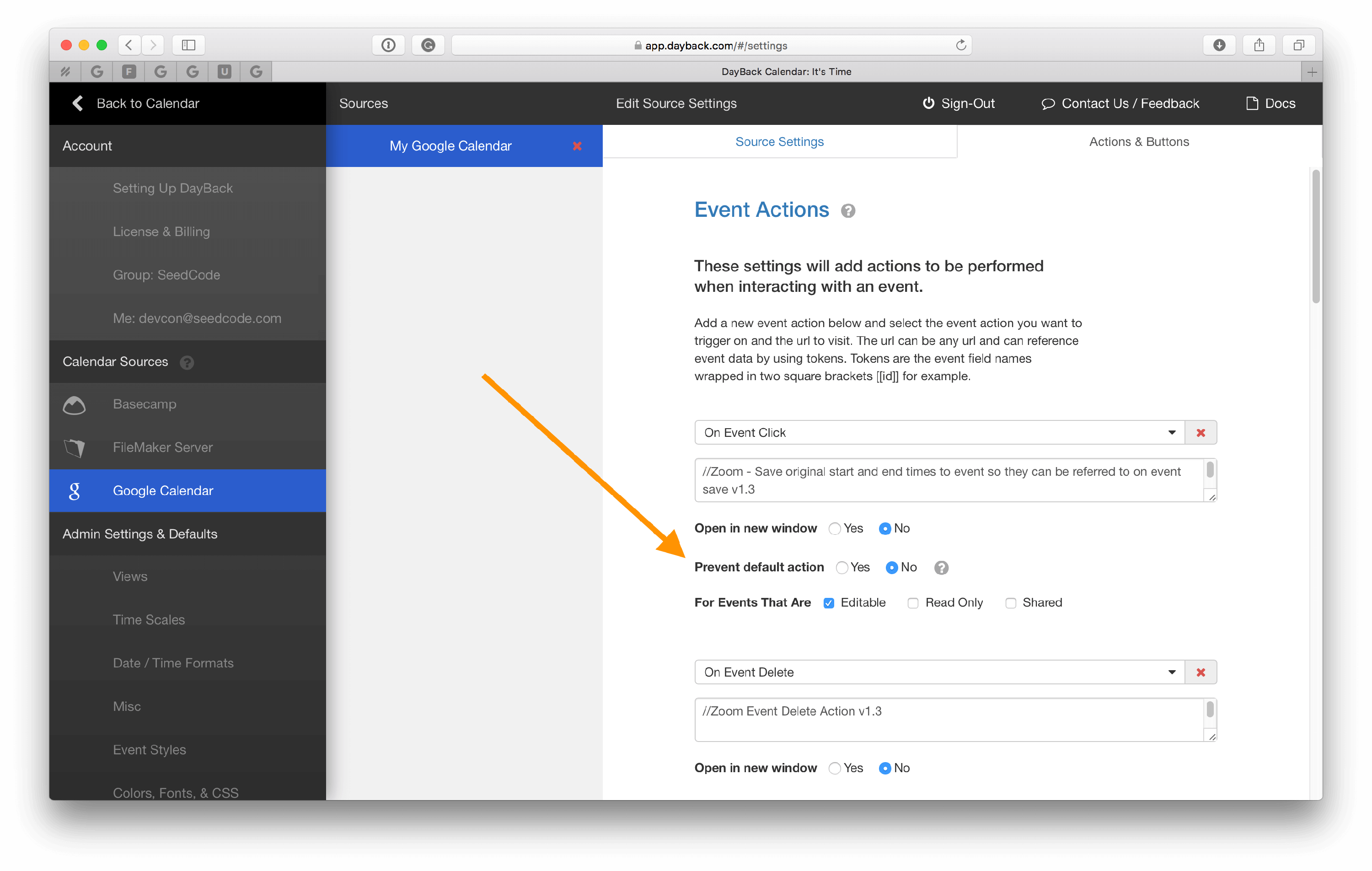 Use this option to decide if the action you've written should replace DayBack's default behavior. For example, in the screenshot above, my "On Event Click" action just needs to record the event's start and end items in case I change them later. I still want the click to bring up the event that was clicked on, so I'll select " No" beside "Prevent default action.

If I wanted to bring up this event in another application, instead of opening the popover in DayBack, then I'd select "Yes" and DayBack would stop trying to open the event after it ran my action.

You'll see more example of both Yes and No behavior in these  sample event actions.

"For events that are" (Event Actions & Custom Actions)

These checkboxes control where the action is available:

Read Only - shows up in DayBack (not in shares) and applies only to read-only events.

Shared - shows up in shares

Note You can uncheck all these options to disable an action for everyone. This is handy if you're testing out your code or need to turn the action off but don't want to delete it. =)